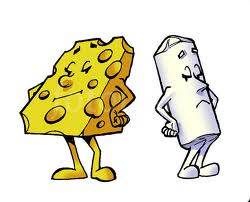 The difference between traditional and mixed martial arts

Whats the difference between traditional and modern or mixed martial arts?

Lets have a look shall we?

Another word used in conjunction with or instead of the term “modern martial arts” is “reality based” which makes me wet myself with laughter every time I see it. So lets look at that first.

It all depends on what your reality is….Doesn’t it?

Traditional kung fu was born in a time where people were using it in actual life or death battles. Now I don’t know about you but someone trying to cleave me in half with a broadsword would conjure nightmares, reality or not. And if I were training for such a reality I think my training might have just a little more seriousness to it.
I believe, or should I say imagine (using the limited Chinese history I am aware of cause I wasn’t there), that walking through the streets of any given Chinese city in the early 1900’s would have been a more dangerous time than walking through the streets of downtown Leichhardt or Cronulla. Granted Kings Cross on a Saturday night may give you pause, and warrant alertness, and you may even find yourself needing your martial arts skills. And many people do find themselves in situations of negativity or conflict on a daily basis.
But in general, on a minute to minute who’s life was more dangerous scale. I think those living in the early 1900’s in China, would have had a little bit more to be concerned about than those of us walking around practicing kung fu in Sydney today. Our founders practiced and trained kung fu to protect their villages and family on a daily basis.

Once we get this reality based concept out of the way and strip martial arts back to its bare bones, what is left?

Techniques. (we will come back to this)

Now I hate to break this to you but it doesn’t take a rocket scientist to work out how to knock some one out.

It doesn’t even take a great teacher to show you how to knock someone out.

And further more, it takes about 5 minutes to show someone how to knock another person out.

So what are you doing all this Martial arts training for? Why are you working so hard?

Now, it is about this time that you should have some clear answers as to why you are training in a martial art. It’s ok if you don’t but in my experience, without clear reasons for training in the art of kung fu, it will inevitably become something that you used to do.
And your kung fu uniform will join the pile of clothes in the back of your wardrobe, where all of the past dalliances with hobbies or pastimes live.
Your reasons become your reality. Your reality is the reason that you train.
It could be purely for fitness and health, it maybe for self defence only, or you may want to compete in the sport based tournament martial arts. No reason for training a martial art is wrong or right. They just have different philosophies and fit different peoples needs and realities.

To discuss this in light of the traditional martial arts we need to look at what a martial art is.

Martial – (the meaning suggested by the free online dictionary)
Of, relating to, or suggestive of war.
Relating to or connected with the armed forces or the profession of arms.
Characteristic of or befitting a warrior.

Art – (the meaning of suggested by the free online dictionary)
system of principles and methods employed in the performance of a set of activities
A trade or craft that applies such a system of principles and methods
Skill that is attained by study, practice, or observation: the art of the baker; the blacksmith’s art.
Skill arising from the exercise of intuitive faculties:

Each of the points listed above could be the basis for a whole other article on their own. The philosophical debate or arguments stemming from these types of definition are limitless.

Here is where I will put my own personal opinion and philosophy for why I train in kung fu, and love the traditional system and methods of traditional kung fu.

I will make a parallel that most people can understand.

If you were a brilliant painter embarking on a fine arts degree at university. In particular you loved using oil based paints on canvas as your medium for expressing your art. In your bachelor degree you would learn theories, practices and philosophies of many different types of fine art disciplines. Perhaps sculpture or different methods of illustration. Yet you still, and primarily will, always use and prefer a certain method or technique for your expression.

Jow Gar Kung Fu is a degree in the Chinese martial arts. Knowledge, techniques, history, philosophy all gained slowly over time absorbed and practiced. Granted, in a self defence situation you will not use the hundreds of techniques you have learned. Rather the few that you have specialised in and you prefer based on your style, body type and personality.

So we have come full circle for a moment. Do you just want to learn how to knock someone out? Or are you interested in the art, the acquiring of knowledge and understanding?